Well its been a while since we last communicated with you. We do apologize for this, it just seems that every time we plan to write an update something else comes up. Not a real good excuse but it is what has happened lately. Please accept our humble apology and we will try to do better as the year goes on. Your faithfulness through it all is amazing as Father God must be guiding you even though our failings. Thank you for your gifts and prayers.

This was a sad and liberating day as we celebrated our last Compassion International sponsored gathering with the school age kids. WE LOVE THESE GUYS. We are finally getting adjusted through too many changes to mention. Kids and youth are growing as they come in for a closer look at Jesus and his open invitation to be loved. This has been a difficult and challenging season with financial and personnel shortages. We are making it work with adjustments to budget such as food in place of maintenance and improvements, volunteers no longer receive stipend as well as efforts making and selling various artisan crafts. Our God is faithful and so very kind. THANK YOU all for loving us through it!

While we were still in the US last fall, Ecuador had a civil uprising over the government’s decision to end fuel subsidies. After two weeks of a country wide strike both sides sat down and decided to restore the fuel subsidies which left Ecuador with a terrible loss in revenue and time that will probably never be gained back.
During this time one of our dearest tutors Erick Guacollantes became very ill and was hospitalized just a few blocks from where most of the protest was going on. By the time we returned, all the civil unrest was over but the evidence remained. We went to visit Erick in the hospital and found out that he had developed cancer. We honestly thought that when we left him after the visit that he didn’t have long to live. We and many of you began to pray and seek God for healing. Our gracious God responded and a couple weeks later Erick was visiting us here at The Door of Hope. He was even with us for Christmas Eve service all the while undergoing chemotherapy. Around the first of the year he began to take a turn again and his kidney function began to decline. He has since been put back on dialysis and is continuing with chemotherapy but the last word from the doctors is that his cancer is very aggressive and that it seemed terminal. We are all trusting in God’s last word. As we continue to pray for Erick’s freedom from cancer, he has his next appointment on March 6th with the doctor in charge of oncology at the hospital. It is very sad for us to see this once vibrant 24 year old suffering and facing this kind of disease. Please continue to pray and lift up Erick(and his family) to our Father, that His will be done and He relieves Erick from this suffering.

Before we went on our mini furlough last September we had signed a lease for the property adjacent to ours. We (the church) began to develop a plan to plant flowers to sell to support ministry in partnership with church members Inez and Carlos. While we were gone the property was broken into and the well and reservior pumps were stolen then recovered the next day. On our return we discovered that the well itself would not produce adequate water so we had to dig a new well and repair the pumps that were stolen. We now have plenty of water and have planted and harvested the first flowers. They started going to market the week of Valentine’s Day. We have Sunflowers, Bells of Ireland and Snapdragons. God has blessed this endeavor and we continue to pray that He is glorified through this ministry.

We are pleased to announce that Kevin ,Esher and James are all together in Columbia, SC as of Feb.5. After a very long process Esher was granted her residence visa to the United States. This is a good thing for them but it meant that we had to say good bye to Esther and James. They were here with us almost every weekend and then some. We have grown very close to them both so needless to say it was hard to see them go.
We took advantage of a visit Kevin made in January for Esther’s interview at the embassy and had a church service to say farewell before they finally left. We had Esther’s parents church worship with us as well and we had a great time celebrating and blessing them as they started the next step in their journey.
We also want to thank Ashland UMC in Columbia, SC for the way they have blessed our children as they make this transition to being together once again.

We are pleased to announce that we are proud grandparents of our newest grandson Jona Asher Cruz born on 23 January 2020. He was adopted by Rodrigo and Kellyann on 25 January 2020. So this makes grandchild number 6. 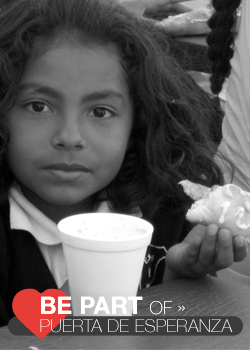